Our next Zoom meeting will be on June 14th at 4:30 pm. [Temporary change in start time.]  The Library Book Club meets on the second Monday in February, April, June, October, and December.

Please contact Cathy McCullough Les, our Book Club Chair, at library@detroitscots.com to receive your link for the meeting. 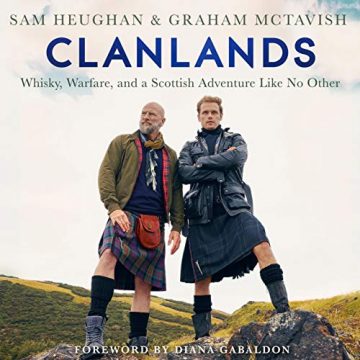 Clanlands: Whisky, Warfare, and a Scottish Adventure Like No Other by Sam Heughan and Graham McTavish

Our latest book club selection is Clanlands: Whisky, Warfare, and a Scottish Adventure Like No Other by Sam Heughan and Graham McTavish.

The group decided that for the next book we would do something light: Clanlands: Whisky, Warfare, and a Scottish Adventure Like No Other by Sam Heughan and Graham McTavish (the actors playing Jamie and Dougal in the Outlander TV series).  The book is available in hardback, paperback, and Kindle editions and audio, narrated by Sam.  Nancy Waters is about 1/3 of the way through the book and says it is a rollicking adventure around modern Scotland with two funny, naughty boys.  We hope you enjoy it. Just so you know, the book is kind of a diary written along the way as Sam and Graham filmed their special series on Scotland, “Men in Kilts,” for Starzz.  Go to the following link for a fun description of the book and the series:   Clanlands: Why the Book is Worth Checking Out Too (outlandercast.com).

You can obtain a copy from a local bookstore, library, or from Amazon/Smile:  Clanlands: Whisky, Warfare, and a Scottish Adventure Like No Other. 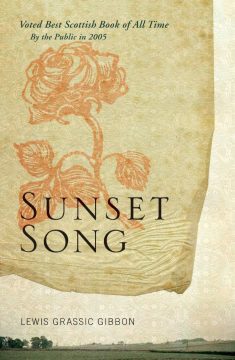 The second book club selection for 2021 was Sunset Song by Lewis Grassic Gibbon.

Synopsis: Faced with the choice between her harsh farming life and the seductive but distant world of books and learning, the spirited Chris Guthrie decides to remain in her rural community. But, as the devastation of the First World War leaves her life-and community-in tatters, she must draw strength from what she loves and endure, like the land she loves so intensely. Brutal and beautiful, passionate and powerful, Sunset Song is a moving portrait of a declining way of life and an inspirational celebration of the human spirit. And in Chris Guthrie, Grassic Gibbon has given us one of literature’s most unforgettable heroines. It has been voted Scotland’s favorite novel, beating titles including JK Rowling’s first Harry Potter story to the top spot (The Guardian, 18 October 2016).

Meeting Notes and Review: Nancy Waters filled in for Cathy for the April meeting and provides the following. We had a rather slim turnout for the April Book Club, but the discussion of Sunset Song was lively as usual!  The general consensus was that the book deserved its reputation as a Scottish classic and was a good lesson on Scotland during WWI as the old way of life was making way for the new. Cathy had the new edition with an introduction by First Minister Nicola Sturgeon who describes the book as a “masterpiece”; and “one of the finest literary accomplishments Scotland has ever known.”

You can obtain a copy from a local bookstore, library, or from Amazon/Smile:  Sunset Song by Lewis Grassic Gibbon. 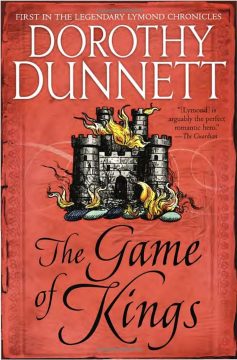 The Game of Kings by Dorothy Dunnett

In 2021, our first selection was The Game of Kings by Dorothy Dunnett. It is the first book in her Lymond Chronicles series.

Synopsis: Dunnett introduces her irresistible hero Francis Crawford of Lymond, a scapegrace nobleman of elastic morals and dangerous talents whose tongue is as sharp as his rapier. In 1547 Lymond returned to his native Scotland, which was threatened by an English invasion. Accused of treason, Lymond leads a band of outlaws in a desperate race to redeem his reputation and save his land.

Meeting Notes and Review: On Monday, February 8th, six of us got together on Zoom to talk about Dorothy Dunnett’s Game of Kings (Lymond Chronicles #1). We enjoyed the book but agreed it’s not a quick read. The story has many characters – some of them having more than one name and the main character uses disguises several times – and there are quotations in Scots, French, Spanish, and Latin. The story begins in 1547. Mary, Queen of Scots, is 5 years old. Francis Crawford of Lymond, the hero of the story, is an outlaw accused of treason. He is the dashing, witty, Errol Flynn-type, good at sword fighting and quick with a romantic poem for a lady. Lymond and his outlaw band cause a lot of trouble raiding and burning homes, but his ultimate aims are to clear his name and save Scotland from outsiders who wish to control it. Our group would definitely recommend this book (the first of 6 books in the series) and we’d also recommend some reading aids to make the experience even more enjoyable:

— Now You Have Dunnett: a blog devoted to the novels of Dorothy Dunnett (I never would have known that the name Buccleuch was pronounced Buck-Loo). http://nowyouhavedunnett.blogspot.com/2014/09/gok-opening-gambit.html

You can obtain a copy from a local bookstore, library, or from Amazon/Smile: The Game of Kings by Dorothy Dunnett. 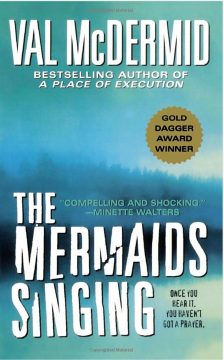 The Mermaids Singing by Val McDermid

Our last 2020 selection was The Mermaids Singing by Val McDermid.  This book is one of the top 10 Scottish crime novels.

Synopsis: “This was the summer he discovered what he wanted–at a gruesome museum of criminology far off the beaten track of more timid tourists. Visions of torture inspired his fantasies like a muse. It would prove so terribly fulfilling.

The bodies of four men have been discovered in the town of Bradfield. Enlisted to investigate is criminal psychologist Tony Hill. Even for a seasoned professional, the series of mutilation sex murders is unlike anything he’s encountered before. But profiling the psychopath is not beyond him. Hill’s own past has made him the perfect man to comprehend the killer’s motives. It’s also made him the perfect victim.

A game has begun for the hunter and the hunted. But as Hill confronts his own hidden demons, he must also come face-to-face with an evil so profound he may not have the courage–or the power–to stop it…”

The Mermaids Singing is a chilling and taut psychological mystery.

The TV series Wire in the Blood is based on the Tony Hill books. This is the first book in the series.

It is available in hardcover, paperback, audio, Kindle, Nook, and as an Overdrive ebook – and from many libraries as well.

Meeting notes and review: “The book for December 2020, was Mermaids Singing by Val McDermid, the first book in the Tony Hill/Carol Jordan series. It won the Crime Writers of America Award for best crime novel of 1995 and the TV series Wire in the Blood is based on this series. The group decided that although the characters were well developed and we didn’t see the surprise ending coming, the very graphic descriptions of the murders were too much for most of us.”

You can obtain a copy from a local bookstore, library, or from Amazon/Smile: The Mermaids Singing by Val McDermid. 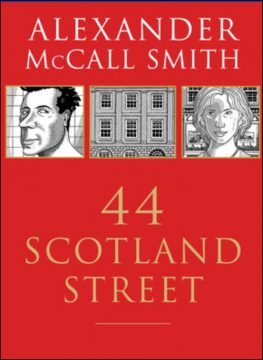 Synopsis: “The residents and neighbors of 44 Scotland Street and the city of Edinburgh come to vivid life in these gently satirical, wonderfully perceptive serial novels, featuring six-year-old Bertie, a remarkably precocious boy—just ask his mother.”

Meeting notes and review: “We had a very nice zoom meeting last Monday, October 12, discussing 44 Scotland Street. It has quite a few “main” characters that continue through the series of – soon to be – 14 books. We all liked and felt sorry for Bertie and Angus, and Cyril were also high on the favored list. Irene and Bruce however tied for least favorite. I also wanted to put in a plug for Big Lou (maybe because she’s reading her way through an entire bookshop!). It was also interesting to see Scotland through the eyes of a Scot who plainly loves Edinburgh and the Scottish people.”  Catherine McCullough Les

You can obtain a copy from a local bookstore, library, or from Amazon/Smile:   44 Scotland Street by Alexander McCall Smith.